POWER RESTORATION ON THE QUIET – WITH NEW SILENTPOWER VAN 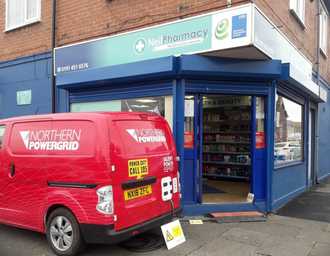 Northern Powergrid, the company that powers everyday life for 8 million people, is quietly getting the lights back on for homes and business with its new SilentPower van. The electric vehicle, with an on-board energy storage system, replaces noisy and polluting diesel generators; quickly and cleanly restoring power to homes and businesses during a power cut or essential maintenance work.

The electricity distributor, responsible for delivering power to 3.9 million homes and businesses across the North East, Yorkshire and northern Lincolnshire, teamed up with two British energy storage SMEs, Hyperdrive Innovation and Offgrid Energy, to create and trial the SilentPower vehicles, which could revolutionise temporary power restoration in the UK.

The latest small business to benefit from the SilentPower innovation is a local pharmacy in South Shields which saw the van connected to temporarily restore power and get the lights back on during a power cut last week. Meanwhile Northern Powergrid’s team continued with repair work to an underground cable fault to get the lights back on for the local area.

Joanne Neil, Pharmacist and owner of Neil Pharmacy, said: “We’ve been extremely busy over the last few weeks with lots of people coming in for medical supplies and advice as result of the pandemic, so it was vital to get the power back on as quickly as possible. The team from Northern Powergrid were great and it’s exciting to know that we’re one of the first businesses to have our power restored by the new SilentPower vehicle. It parked up outside of the Pharmacy and was connected quickly and easily and before we knew it the power was back on and we could get back to supporting our customers.”

Graham White, one of Northern Powergrid’s fitters, has been connecting the SilentPower vehicle to homes and business to get the lights back on for local people: “The new vehicle really is so simple and convenient, it’s extremely easy to get to site and can be parked up without fuss next to almost any property allowing us to get the lights backs on. In comparison to arranging for delivery of a loud and polluting diesel generator, which can be extremely difficult if not impossible to position next to a home or business. We often get complaints about noise levels, not only from the property it’s connected to, but also neighbours because of the noise levels, whereas the SilentPower van is exactly that - completely silent.”

Ross McFarlane, Northern Powergrid’s SilentPower Project Manager, said: “It’s fantastic to see the SilentPower vans out and about restoring power for our customers. As a business we are working to support a low carbon economy and the transition to net-zero. This project supports that aim and could signal a huge clean energy shift in how we temporarily restore power during a power cut or keep the lights on during essential maintenance work.”

The SilentPower vehicle can quietly power up to three homes, a small business or a small community centre with just one van for 24 hours – even longer if the homes have domestic solar generation.

The vehicles replace diesel generators which cannot be used on homes that export as well as consume power. Large and cumbersome diesel generators can also have access issues as well as causing air and sound pollution. SilentPower is a quieter and cleaner alternative to enable Northern Powergrid to reach more customers-in-need. The electric vans’ lithium ion batteries are silent during operation.

During the trial, which is the first UK low-carbon innovation trial to provide a more reliable power supply to vulnerable customers and groups, Northern Powergrid, and its partners, will assess the usability, benefits and economic viability of the battery inverter generator units.

The pioneering two-year project could signal a huge clean-energy shift in the temporary power industry and support a transition to on-board energy storage systems instead of noisy and polluting diesel generators during power cuts and planned works. The electricity distributor, which is hoping to see a reduction in fuel use when compared with current generators, plans to share the findings with its fellow Distribution Network Operators (DNOs) across the UK, as they continue transition to become increasingly active Distribution System Operators (DSO).